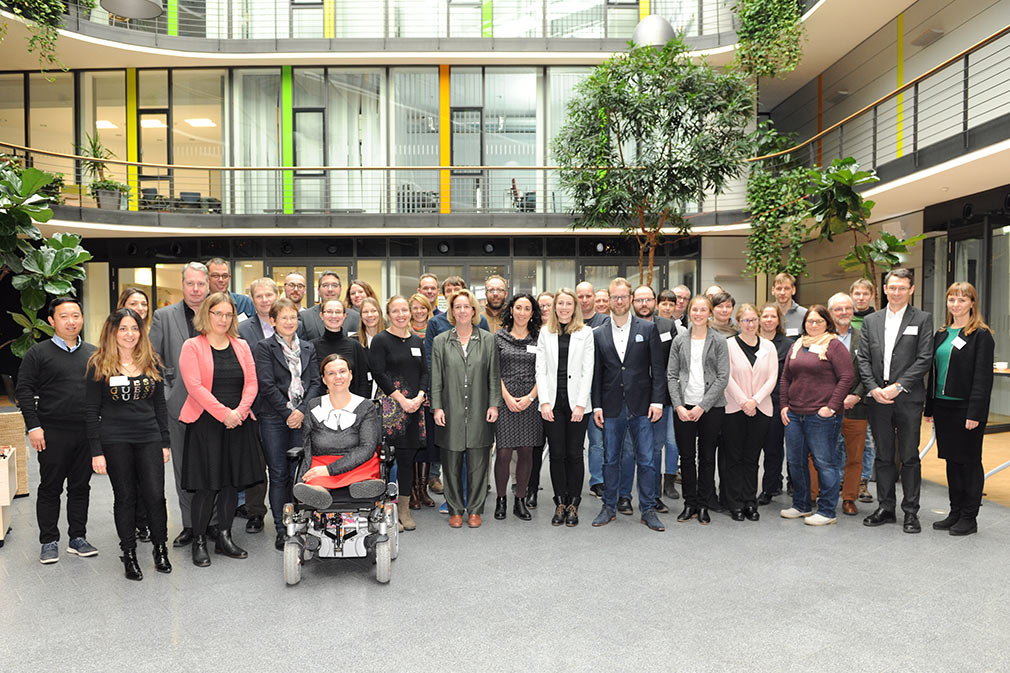 The imSAVAR project was officially kicked-off on 2 December 2019. The meeting was hosted by the project coordinator Fraunhofer IZI in Leipzig, Germany.

Almost all academic and EFPIA partners were able to participate. Also the responsible IMI Project Officer joined the meeting and provided an overview of IMI expectations and administrative prospects. Following some general introduction into the project by the coordinators Prof. Ulrike Köhl and Dr. Jonathan Moggs, the cross-topic organs-on-a-chip was introduced to the audience.

Besides further project management topics, the meeting allowed for some break-out sessions to let the individual work packages organise their activities for the next months and years. The very fruitful exchange could be continued during a common dinner in Leipzig. Overall, the kick-off meeting was a great success!

This project has received funding from the Innovative Medicines Initiative 2 Joint Undertaking (JU) under grant agreement No 853988. The JU receives support from the European Union’s Horizon 2020 research and innovation programme and EFPIA and JDRF INTERNATIONAL.